April 18, 2015
This evening, I saw a production of "I Never Saw Another Butterfly" at Kids n Co. Performance Center. It was a very well done show. The performances were great and I enjoyed it very much.

To put on a show that takes place during The Holocaust must be a very difficult thing for a children's theatre to do. I must say, it is a challenge worth taking.

The role of Raja was played by Helaine Bach. The one major flaw in her performance was when she cried. Whenever her character cried, I felt like she was smiling. In this specific show, that can be both a good thing and a bad thing. Good, because it may be a character choice that you would have too really think about too understand. Bad, because the audience might not understand that choice and they might think the performer is amused at what is happening onstage. In this case, I felt like she was just glad to be performing and had a difficult time hiding that. Bach showed an excellent chemistry with her fellow cast members. Such as, Jorge Blakely, who played the role of Honza. Blakely was a true standout in the show, he gave a spot on performance. During the first scene with Raja and Honza, I felt like they could have used more of the stage. It seemed like they wanted too, but couldn't as it would probably go against the director's blocking. It felt like this during all of their scenes together.

I feel like the show could have used more background noise too keep the show moving more smoothly. I don't know what was going on today, but I felt like I could hear everything going on backstage, which is why more background noise/music was needed. The first scene with the family was really rough. Some people were speaking too fast and softly, making it difficult too hear and understand what the actors were saying. All of the little children who played the youth of Terezin were adorable, but some of them spoke too fast and I couldn't understand them. Also, the pronunciation of the character's names were perfect.

The set design which was done by Jim Lupercio really set the mood for the show. As did the Make-Up (Done by Eli Moreno, Eve Williams and Jorge Blakely), Hair (Mackenzie Cochran), and the adorable costumes (Sharon Moore).

Overall, the show was really well put together. It closes tomorrow (April 19, 2015) so if you have the chance, I recommend you go see it and support the wonderful work the community theatre is doing.

WARNING: THIS IS A DEPRESSING SHOW.

Popular posts from this blog

April 16, 2017
Hello, world. Tonight at nearly 1 o'clock in the morning, you are witnessing history because this is the first time that I have had to activate the emergency blog post system.

Awhile back, a theatre company by the name of Red Room Studio put up a video from their production of "Legally Blonde: The Musical" that was so bad it was actually good. The video went viral among theatre kids and is watched and beloved by thousands. Somehow, the video caught the attention of "Saturday Night Live" and they did a parody of the production during the show on April 15, 2017. And guys, it's perfect.

The one flaw in the SNL skit is that they left out the single best part of the original video, which is the passionate performance of Salesgirl #2, that can be viewed here: https://m.youtube.com/watch?feature=share&v=_v8LF-YWKfo

The best parts of the original video include:
-The oversized pencil.
-Everyone forgetting the words.
-These 12 years olds are putting on a pr…
Read more

The National Tour of COME FROM AWAY 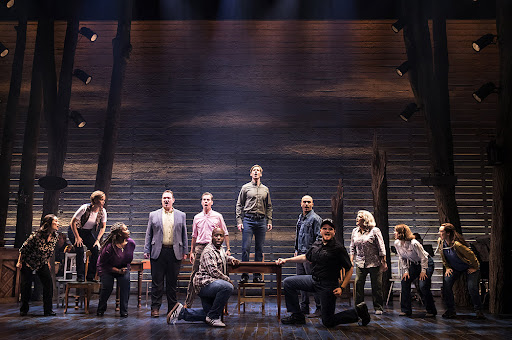 It is so fun to go see shows that you already know you are going to love before entering the theatre. It's even better when the show exceeds your expectations and winds up being one of the best shows that you have seen. That is the experience I had when I saw the national tour of the hit Broadway musical, Come From Away. I have loved the show's cast album ever since it came out in 2017 and have been a huge fan of the show ever since. When I heard that I was going to be in the same area as the touring production of the show, I knew that I could not miss the show while I was there. So, off I went with my aunts and one of my cousins to see the show at the Connor Palace Theatre, which is a part of Playhouse Square in Cleveland, Ohio. The show went above and beyond what I thought it was going to be. I was so amazed by the heart of the story, the staging, the choreography, and the design of the entire show. It is absolutely one of the best shows that I have ever seen. 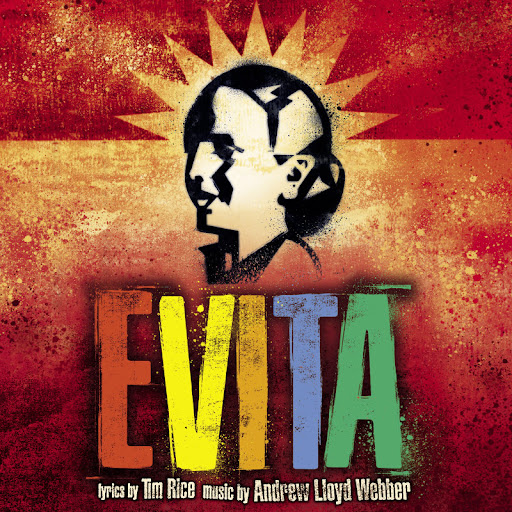 There is nothing sadder to me than having to sit through a production of one of your favorite shows that does not meet its full potential and winds up being rather disappointing in more ways than one. Unfortunately, I found this to be the case with the touring production of Evita that played at The Plaza Theatre in El Paso, Texas on March 9. Evita has been one of my favorite shows for years. I was in a production of this brilliant Tim Rice and Andrew Lloyd Webber musical with the UTEP Dinner Theatre back in 2013 and I have been in love with the show ever since. I could sing the entire score for you right now if I wanted too. This touring production was the first time that I ever actually got to experience a live production of the show. The cast of this production was incredible and the show's writing remains simply impeccable. These two things allowed me to genuinely enjoy the show and not sit in misery for two hours. However, the production was so poorly directed and designed…
Read more